To add to his reputation as one of the most kind, considerate and cool people you might have the pleasure to meet the music lover, audio aficionado and crate digger – if you’re fortunate, to do so.  The chocolate brother often seen towering over the crowd and rockin’ for the party people simultaneously is one of the Puget Sound and Seattle’s finest musicologists.  When anything musical and soulful is happening, he’s on his Frank White-biz – he’s got to be involved.  That’s just my humble take on each and every occasion encountering the man known as Blendiana Jones aka DJ Topspin.

One of the most stylish and studious DJs of any possible measure, his craft and art have been immortalized with his legendary (high quality and meticulously produced) mixtapes in heavy circulation throughout the 2000s and his genuine love for the culture and music is apparent with his association and presence as a DJ/host and attendee at various Hip-Hop, Soul/R&B and Reggae/Dancehall residencies and events all over Seattle.  His willingness to help and advise other DJs is also of legend in an intensely competitive industry where helping your peers can often find you unemployed or without an opportunity due to the help you provided another hungry DJ.  This kind of character is rare as is Blendiana’s wisdom, skill and execution as a professional party rocker and soundman.

In The 206, Blendiana is regarded as more than a DJ, but a representative and guardian of the culture of the rich and often underplayed Emerald City, with decades of experience and even more time as a student of his craft.  It is your pleasure to learn more about Blendiana Jones and to find out exactly, WHO’S THE DJ? 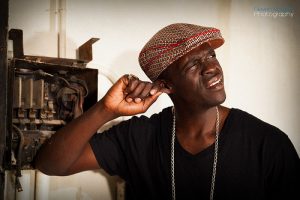 Although I’ve always loved music and thought in ‘sampling’ terms before it was a term or practice, I was born in ’75 and I remember there being a “Rappers Delight” 12″ (vinyl) in the house, as well as rewinding and replaying certain riffs on my dads Andre Crouch records as early as 4.  I was a breakdancer first and foremost and my first memory of hearing [and seeing] scratching was in the ’80s when Herbie Hancock’s “Rockit” was out around ’84.  I was busy trying to learn how to windmill on refrigerator boxes and linoleum with my best friend and next door neighbor Zack Patsula, but Grandmaster DST’s DJ solos on that cut made a new sonic statement that started to lead me down the DJ wormhole. Zack’s older brother Nick was a Prince fan, but also had Beach Boys and Elvis records in his room, along with the first DJ turntable setup I’d ever seen up close; two belt drive black Technics turntables and a mixer whose brand I forget.  He kept the dust covers on them and never let Zack or I touch them, or see him actively DJ or transition between two records.  For all I know, he never did, publicly or privately.  I was getting my hip-hop education and fix from Nasty Nes’ ‘Fresh Trax’ radio show and I was still listening by the time he transitioned to his Rap Attack show on KCMU. I would record the show using a YORX all-in-one stereo console that had a turntable on top of the CD player, cassette deck, and graphic equalizer stack.  I started to assert and insert myself as a DJ by hitting the PHONO button while the show was playing, recording me scratching along with the show in four or eight count punches, then I’d switch back to the show. I’d listen to this for a week until the next show and I’d do it all again.  Listening to Jazzy Jeff & The Fresh Prince’s ‘LIVE @ Union Square’ routines off their Rock The House debut album was also pivotal and visual.  He was really speaking / replying with his hands.

I didn’t really have any, but I gotta credit DJ J-Styles for being the first DJ to let me mess around on an actual pair of Technics 1200s with hip-hop singles.  I was on the Garfield HS ‘Bubblin’ Brown Sugar’ dance team and he was the brother of one of the female dancers. He was commissioned to make the mix for our routine, so she brought me to their crib.  I asked to mess around with some ATCQ singles and that sparked me a bunch, even though I’d been crafty with my own mismatched pair of pitchless turntables at the same time.

Vinyl is the foundation and basis for all the other skill sets. Knowing how to manipulate and deal with that real-time medium is crucial in my opinion.  From hand skills to just really knowing the music. Digital: you gotta be able to rock on any setup globally and most of’em are digital.  I’ve never messed with CDJ’s too tough, but know enough to be serviceable.

I’m DJ TOPSPIN aka BLENDIANA JONES. I soundtrack professionally and I love music – bouncing the best of yesterday off of what’s poppin’ today and putting my signature harmonic twist on things, marrying the best of both worlds as I weave in and out of genres.

DJs who have a genuine love for music the art form as well and have a sense of finesse about their mixing style. 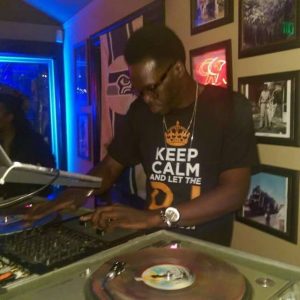 Favorite thing is doing what I love for a living, as that’s not a luxury afforded by most. The worst part is the watering down that’s occured in the digital era. A bunch of newer DJs with access to a laptop have no idea what it means to actually be ILL on the decks, or have no sense of what that means, to take folks or be taken on a trip musically by a technically savvy DJ and the promoters that book ’em. It does the scene a disservice ultimately.

DJing for the first time in Dar Es Salaam, Tanzania, the Christmas before I got Serato the following July. I started in the late afternoon and my set ended after sunset, with the natives dancing both on stage and in the crowd. The energy was unreal and everyone was drenched in sweat, myself included.

Know what they’re doing, be ready for any hiccup in the program and be keenly aware that it’s about the party people.

Best crowd I’d have to say is a tie between SAM REMIX @ Seattle Art Museum [1K+ people ready to get open] and the crowd that comes to my 2nd and 4th Saturday #TheRhythmRug and #DefinitelyJammin SUN:DAY parties, both held at The Blu Grouse. The positive grown house party vibes are like none other and their support for my first self promoted events is tremendous. The best events have been the few that I’ve spun overseas in both Dar Es Salaam, Tanzania and in The Kingdom of Bahrain [an hr flight inside Dubai’s interior].

DJ TOPSPIN aka BLENDIANA JONES. Father, friend and frequency fanatic, spreading positivity through danceable harmonic wavelengths. Follow me @djtopspin on Twitter, @topspinstagram on IG, & /djtopspinAKAblendianajones on SoundCloud. Make sure to check me out on the ‘Can You Dig It’ podcast as well. #salute.