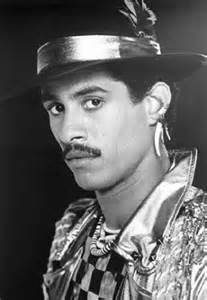 Some know him as Ozone from the blockbuster Breakin’ and Breakin’ 2: Electric Boogaloo franchises, he is hailed as one of the original members of both The LA Lockers and The Soul Train Gangs and if you were on the block and part of the dance culture in Los Angeles from the 70-90s, you may have known Adolfo “Shabba Doo” Gutierrez Quinones as The King of Street Dance and The King of Crenshaw.

After a fascinating career in film, as a world-renown choreographer (having worked in theater and the big stage as well as with the likes of Chaka Khan, Madonna and Lionel Richie in the ’80s) and a consultant and producer in the entertainment industry, Shabba Doo continues to engage and pursue his passion to teach, learn and lay down the true story of dance and how it has impacted and continues to impact society.  “I’ve been dancing for more than 40 years and having been influenced by James Brown, Jackie Wilson and films like Westside Story, I have a story to tell because street dance has become global and it is about more than synchronization – dance is about what is inside of us, what we feel …our soul.”

Shabba-Doo who is working on multiple film projects as a producer/director and is in the beginning stages of authoring his biography (The King of Crenshaw), is set to visit the Puget Sound, with support and efforts from The Universal Zulu Nation (206 and 25360 Chapters) and The Temple of Hip Hop among others, just days before an extravagant trip to Paris honoring his career and talent as a global icon and ambassador for both dance and Hip-Hop culture.  Just a couple months ago in late August, Shabba Doo was honored with a lifetime achievement award by the Universal Hip Hop Museum, the organization that curates and manages the virtual embodiment of Los Angeles’ legendary club, The Radiotron.  In short, after decades of work, talent and service – Shabba Doo is getting his due and still doing his thing.  His thing includes, teaching, speaking, dancing and traveling – but now is a key time where his legacy and status as an icon is being measured.  “I’m still busy and it is still fun and exciting to be with people and do what I love – I am fortunate to have the career and life I am having”, said Shabba Doo.

He grew up in one of the most notorious eras in United States’ history – the 1960s, in two of the most legendary ‘hood’ areas – born and partially raised in Chicago and later his adolescence was completed in Los Angeles.  The son of a Puerto Rican father and Ethiopian mother, Shabba Doo still looks after his elderly mother as a faithful son and finds strength in her own, and his drive to leave a legacy.  “During my visit to the northwest, I will be continuing to write my story and tell it in my own words – all of the places I have traveled and will travel, are pieces in the story of my life and from mentoring dancers like Shrimp (Michael ‘Boogaloo Shrimp’ Chambers aka Turbo) to being a creative producer in Breakin’, I still have more that I want to accomplish”, says Shabba Doo.

Shabba Doo’s visit to the Pacific Northwest (listed in detail below in itinerary form) includes a television appearance on Eye 2 Eye (TCTV), interviews with radio (KAOS 89.3 FM, KSVR 91.7 FM and the Faster Than The World Podcast) and Georgio Brown’s Cool Out Network and film screenings at The 33rd Annual Olympia Film Festival (Breakin’) with a dance party to follow (DJs Luvva J & Drastic) and at The Experience Music Project (Breakin’ 2: Electric Boogaloo) as well as teaching courses this weekend at Massive Monkees Studios and giving lectures and talks at Seattle Central Community College and at The University of Puget Sound in Tacoma.  A busy schedule for a twenty-something… Shabba Doo is freshly 61-years of age and is still a heart throb… Conjuring up spells from scene stealing glares with Kelly or in a battle with Electro Rock.

He is the first Hip-Hop hero and sex symbol on the big screen, the first to portray the pursuit of justice via Hip-Hop as a vehicle in Hollywood and beyond these glossy descriptors, he is a teacher and community-based man of principle – so what is left as Shabba Doo’s path makes way through Olympia, Seattle, Tacoma and on to Paris?  “I want people to know – Hip-Hop is important, and I am pleased to have left my mark and maintained integrity in an industry where that can be difficult – but I am still here and can still hold my head up and exchange respect around the world, because of the lessons others have taught and I have learned – and regardless of what anyone says, or does or thinks, I have done it my way – and I’m not done” – Shabba Doo.

Who YOU know who can blow smoke just before going into battle on the dancefloor?  ‘OZONE!  Street Dancer!!!’

ZION I CRUSHES THE STAGE AT NECTAR IN SEATTLE… THE REALEST