SEASPOT REVIEWS: THE WU-TANG SAGA CONTINUES… BUT WHO’S ALONG FOR THE RIDE THIS TIME?

Getting to a Wu-Tang album is filled with enough turmoil and drama that each post-“Wu-Tang Forever” record could have its own 33 1/3 book. As the Clan has become larger and legendary, they’ve also become publicly critical of themselves, oftentimes with RZA on the receiving end of shots from a plethora of various Wu emcees (namely, U-God and Raekwon in recent years); as a result of this in-fighting, each subsequent album has been a bitter pill to swallow. There are great songs on what are typically tepid albums.

For their latest record, “The Saga Continues,” longtime Wu producer, Mathematics has taken to the boards to successful results. This is classic Wu and sounds more like a natural sequel to “Forever” than the uneven “8 Diagrams.”

Inspektah Deck burns some killer punchlines on “Lesson Learn’d” and “People Say;” On those two songs, Redman also steps up and shows that he can easily integrate himself into the W. It’s damn refreshing to hear Reggie Noble murder it on songs that are not his own or Def Squad’s. On “Frozen,” Big Pun’s scion Chris Rivers guests and is surprisingly able to keep up with Method Man and Raekwon.

Overall, this is the most consistent Wu album in a very long time. It’s a return to form. While Mathematics doesn’t do anything that’s particularly groundbreaking in terms of production, he’s able to pair the right combination of Wu members and affiliates in a way that makes each song stand on its own. Unlike past releases, each Wu emcee has stepped it up to outdo one another, which makes for an overall enjoyable album. 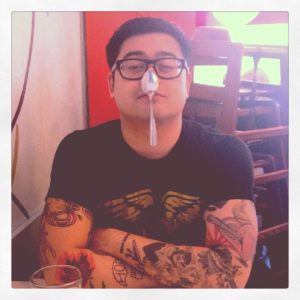 Ryan Pangilinan aka DJ Ryan Fresh has been kicking around Seattle hip-hop for nearly 20 years. He’s one-third of VintageDOPE and actively DJs in the Puget Sound. He also plays bass in the queer synthpop band, Seaside Tryst. His first book, FRIEND REQUEST SENT, is available now on Pioneers Press.

HIP HOP HISTORY MONTH 2017: MINISTER ZIN URU OF THE TEMPLE OF HIP-HOP BREAKS DOWN THE ‘HIP-HOP DECLARATION OF PEACE’