Kanye’s Got the Key 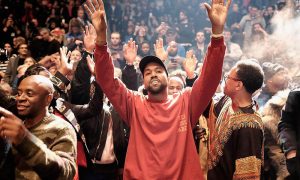 Yeezus is coming back just like he said he would! Hip-Hop icon Kanye West is coming back to the Emerald City on what has already been one of the most eclectic and riveting concert tours of his career. The Saint Pablo Tour hits KeyArena on Wednesday, October 19th leaving a trail of awestruck and crazed concert goers searching for plane tickets to other cities to catch it again. With his new album “The Life of Pablo” debuting #1 on the Billboard charts, Kanye has already giving us some thought provoking imagery to listen and view before he sets foot inside the Puget Sound area. The memories will be endless but will you be there to see Saint Pablo? 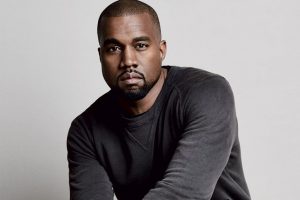 “12 Years a Genius” should have been the title of this album after looking at all of the classic hits Kanye has given us.  A lot of critics decide to speak about West’s personal life, but do we care about that when his music has been so defining?  I know where I was back in 2004 when “Through the Wire” dropped on BET and MTV.  The album “College Dropout” was a moment in the mid-2000s where I understood that lyricism and artistry were still rising with creativity. Each and every one of Kanye’s albums were more powerful and transcending, allowing for each and every one of his concerts to be more breathtaking and trend setting. 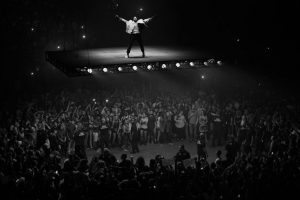 His set list will push your adrenaline to the limit. From “Fade” to “Flashing Lights” from “Jesus Walks” to “Bound 2” and “Amazing”, the energy when he hits the FLOATING STAGE is going to intoxicate you.  You will get a chance to recite lines like, “She don’t believe in shooting stars, but she believes in shoes and cars….” or “Like we always do at this time! I go for mine I got the shine! Now through your hands up in the sky!” or even “Put your hands to the constellATION, the way you look should be a sin your my SINsation. I know we preaching to the congregation, we love Jesus but you done learned a lot from Satan.”

Get ready Seattle! Saint Pablo is almost here and you have to be in the building to experience this or just FADE away!