Homie Don’t Play That! (Be Careful This Halloween)

Some of you remember the TV Show back in the late 90’s called “In Living Color”.  We were introduced to so many mega stars like Jamie Foxx, The Wayans, Jennifer Lopez, Jim Carrey, David Alan Grier, Tommy Davidson, Kim Coles and more.  In this show, Damon Wayans played the character of Homie the Clown. In this sketch you saw Homie surrounded by a ton of kids that discuss different topics.  If Homie didn’t agree with what was said he would take his sock filled with something, strike someone on the top of their head and say “HOMIE DON’T PLAY THAT!” It’s was a lot funnier than I described but some people decided to use this funny figure to terrorize the lives of others.

When I was in middle school back in Chicago, we didn’t have social media.  We didn’t have cell phones. We had pagers, landline phones and two-ways.  I remember my home boy Peter Lyons (RIP) came running into class and said “Homie the Clown is coming to Chute.”  We were so excited because Homie the Clown was coming to our school.  Teachers said that he had visited some other local schools. Homie wasn’t coming to spread the love that we were thinking.  Homie was coming to the school to knock people out with his sock and pick small fights with the students.  Local authorities were called and our school was put on lockdown. They ended up catching Homie the Clown and it wasn’t Damon Wayans (to no surprise). 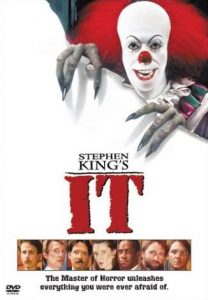 Fast forward almost 23 years later and we are faced with people dressing up like clowns for Halloween and causing trouble in the community. I actually wanted to purchase a clown mask and be the clown from Stephen King’s best selling novel “It” but after I was told that Ronald McDonald was cancelling appearances because of this killer clown outbreak, I opted out of going to get a clown mask.  It was reported that tonight and tomorrow Killer Clowns are issuing the Clown Purge in several US cities. I saw the movie “The Purge” with my son and Notre Dame Defensive Lineman Micah Dew-Treadway.  We watched as the film focused around one night 12 hour window of total anarchy.  Could this be real I thought?  My son even said to me “Dad, that could actually happen. I hope it doesn’t but people are stupid enough to allow it to happen.”  Hell, he was right!

I wrote this blog as a warning to everyone out there in Seattle.  Two warnings! 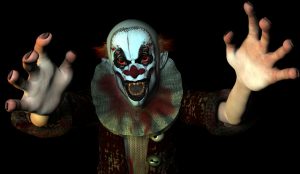 Halloween is fun. We go to the pumpkin patches, have pumpkin pie, drink pumpkin spice lattes, keep dentist employed because of the cavities that will be created from the candy, and so much more. Let’s keep this  year safe. Keep your community safe because we are all we have. Happy Halloween from Seattle’s #1 Chicagoan.  Make sure to follow me on Facebook at A Man Called Quest.

ZION I CRUSHES THE STAGE AT NECTAR IN SEATTLE… THE REALEST

ZION I CRUSHES THE STAGE AT NECTAR IN SEATTLE... THE REALEST