Legendary actress Gabrielle Union is no stranger to events and spotlights. She began her acting career by landing roles in TV sitcoms and later moved on to major movie roles. Just to give you an idea of her acting skills, Union has been nominated for over two dozen awards. She’s won six awards including BET Comedy Awards, Black Reel Awards, and NAACP Image Awards. BET’s TV show Being Mary Jane, in which Gabrielle plays the leading role, is on its fourth season with high ratings.

Although this beautiful and talented woman may be primarily known for her outstanding acting, Gabrielle wears many hats. She wears the hat of a Hollywood actress (as we all know), an activist and an author. Filling all of these shoes gave her experiences, knowledge, and opinions on life topics. She’s sharing some of these things in the form of a book called We’re Going to Need More Wine. In this book, Gabrielle shares what she calls “the good, the bad and the WTF”. This collection of writings consists of her own personal essays about many topics. Some of these topics are Hollywood, race, gender, beauty, and sexuality.

Gabrielle Union’s Real Life Book Club Tour is coming to our town soon. Catch her at the University Book Store in Seattle where she will be holding a discussion and book signing. At this personal and intimate event, there will be conversations about her book We’re Going to Need More Wine, opportunities to purchase the book and get your copy signed. 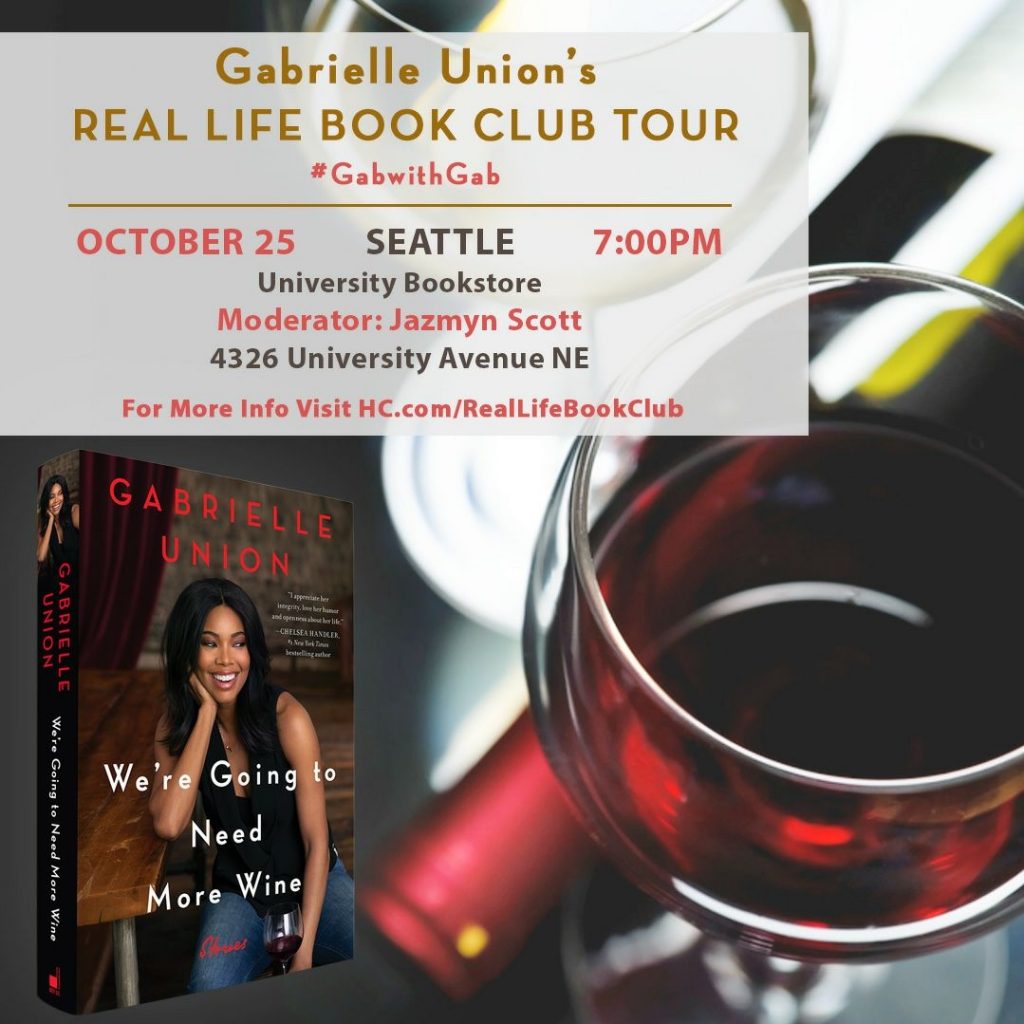 THE HIGH CHILDREN ROCK LIVE ON SWAY IN THE MORNING