Future announced today that he will be releasing a new album called Future, his first album since February 2016’s EVOL, on Friday.

Future also announced that he will be heading out on a North American tour this spring. The Nobody Safe Tour will be making stops in the Pacific NW on: 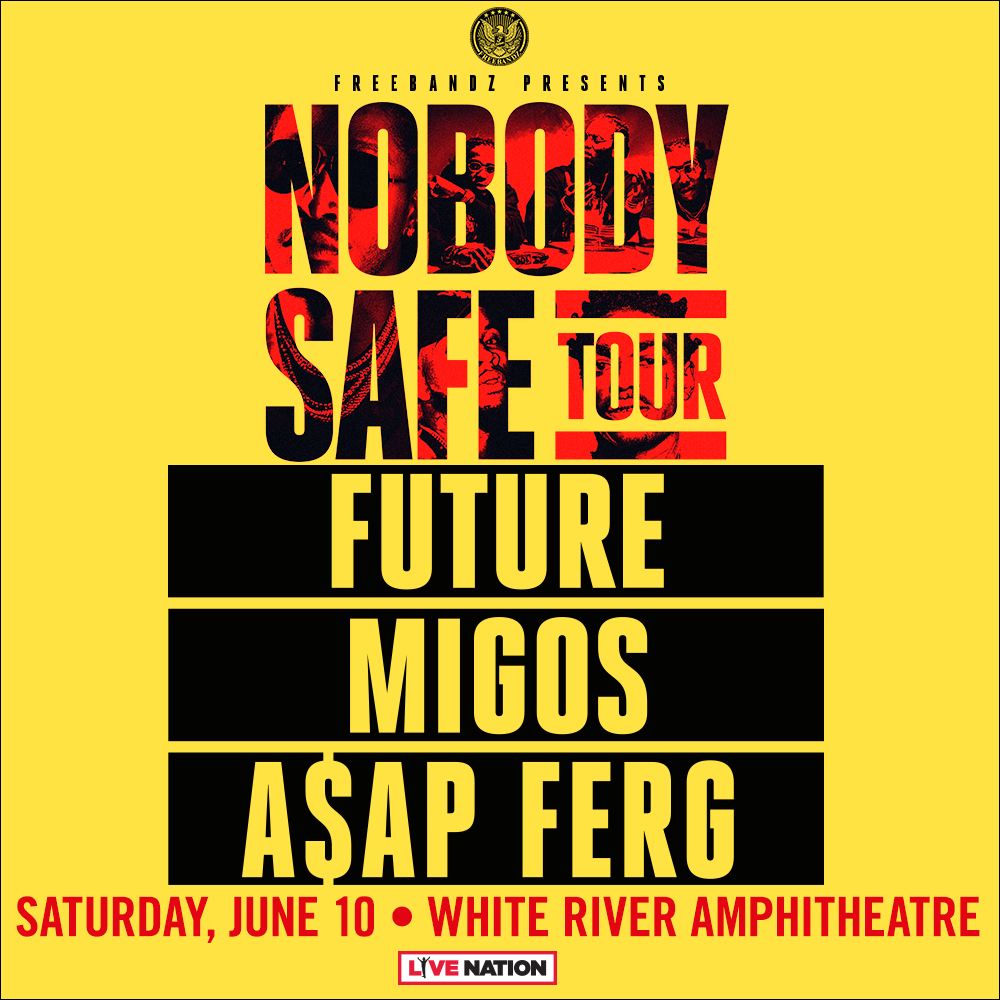 The tour kicks off on May 4 at the FedEx Forum in Memphis and will run through June 30. The tour will include Migos, Tory Lanez, and Kodak Black as well as Young Thug and A$AP Ferg for select dates.

Watch the Nobody Safe Tour Trailer: