Do you remember when freeze tag was played during gym class in school?  Ok, some of us remember this, others possibly have never played this game.  The antagonist in this game wants to give the “cooties” to someone else. To do this they must tag another person who can not tag them immediately back. Everyone playing has an opportunity to run/walk away from the person with the “cooties” until the moderator of the game yells out “FREEEEEZZEEEE!” Once freeze is yelled out you have to stop dead in your tracks and become a mannequin or else you are disqualified from the game. Simple enough right? So many people failed at this game, including myself from time to time. You can’t help to notice the different expressions, angles and things people are doing when they are frozen in what appears to be a space and time continuum.
Today, the game of freeze tag isn’t played but many people around the world are taking part in a new fad called the “Mannequin Challenge.”  I was first turned on to the #MannequinChallenge when I saw a video of Cleveland High School’s Challenge.  In the video you see kids standing outside across the street from the school in what appears to be a car accident.  The video director pans through they people who are in various poses all in some way focused around this accident. Even King County Metro Bus was involved.

“My niece attends Cleveland High School and I was driving by and saw what appeared to be a little girl on the ground. I parked my car and got out and asked my niece, What is going on? she told me they were doing the mannequin challenge and that everyone was ok. The funny thing was that the bus was coming by right when they told everyone to freeze.  The bus stopped but when the scene was over everyone pointed at the bus driver as to say gotcha!  The bus driver couldn’t do anything but smile.” said Seattle Promoter and Comedian Isiah Anderson, Jr. 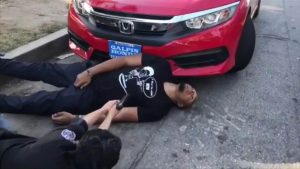 This craze has created over 300k videos.  One amazing #mannequinchallenge is about police brutality in our country.  The background voices are those of the calls to police dispatchers or the last words spoken by victims of police brutality.

Some other very interesting #mannequinchallenges are as follows: 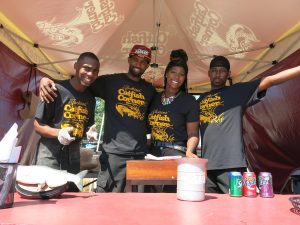 I looked at myself and said, Quest, I think it’s time you did a #mannequinchallenge. So I did.  I worked with the New Hope Missionary Baptist Church Charles E. McCraney Jr. Male Chorus on their choir rehearsal #mannequinchallenge.  This group of worshippers want you to see just how amazing their rehearsal could be.  Take a look…. If that wasn’t cool then I decided to team up with Jackson’s Catfish Corner.  They are now located back in the Central District of Seattle and the orders haven’t stopped coming in.  I spoke with Terrell Jackson owner of Jackson’s Catfish Corner and asked him if I could direct his #MannequinChallenge video and it went a little something like this.

Another week of “If At First” is wrapped up and now you guys can official unfreeze and share this post.  Do your own #MannequinChallenge and put it in the comment section for us to view and share with others.

Uncle Snoop is coming back to Seattle in December!

Uncle Snoop is coming back to Seattle in December!