A lot of concerts claim to be hot, cool and vicious – but one can truly exclaim that it is Dope as the people from Two Five Trees and Sky Movement have put together a lineup for the ages over two days in Tacoma the third weekend of December 2016.

On Friday December 16th and Saturday December 17th, hordes of Hip-Hop, Rap and Pop fans will converge on The 253 (Tacoma aka T-Town aka Tac-Town aka The Town (Seattle and Oakland also battle and jab back and forth for this prized beloved title) for what is scheduled to be arguable the best Hip-Hop extravaganza to ever touchdown in the Pacific Northwest region…  It is officially the Third Dope Music Festival – let’s take a look at who’s on the bill. 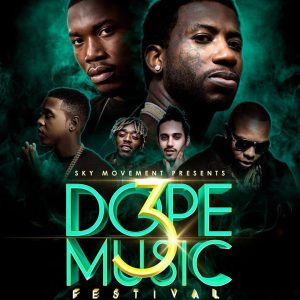 The dopest part of the Third Dope Music Festival may be that along with the national headliners, there is a presence of representatives from the soil of the northwest – a local presence that is still needing to emerge into the national, or at least a more prominent, arena.  These are some very thick line ups without any weak links and nights are broken up into different eras and generations for the complainers who can’t stand ‘old rappers’ and the whiners who refuse to make way for the new generation’s style.  It’s the Third Dope Music Festival – and there’s a taste for all HipHoppas and fans during a dope weekend… Represent.

Eat, Laugh, Enjoy and Be Thankful

REVIEW & REFLECTION: A TRIBE CALLED QUEST – WE GOT IT FROM HERE… THANK YOU FOR YOUR SERVICE

REVIEW & REFLECTION: A TRIBE CALLED QUEST - WE GOT IT FROM HERE... THANK YOU FOR YOUR SERVICE