by Jose Gutierrez
in Uncategorized
0

People toss the word legend around like a once-stuck and lodged-in booger.  Don’t do that.  Legends are to be paraded and cherished and applauded – not just tossed about.  So, when Compton and H-Town combine for the first time with a live band to form Voltron, you might want to rock with the reeeeeeeal (Prodigy Voice) party people – as shall be the case when one David Blake aka DJ Quik and Brad Jordan aka Scarface touchdown in Seattle at The Corazon this Saturday August 12.  It’s gonna cost you, though… tickets at $32 ain’t no chump change, but ain’t no chumps on stage this night. 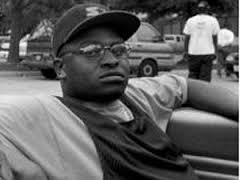 These are two of the artists who only sleepers sleep on – they are mandatory to the fabric, despite mixed reviews at recent shows that have been conveyed to me by bonafide hip-Hop aficionados and lifelong fans of Quik – I have to chock it up to maybe ‘an off night’ for the musicologist Quik when he touchdown in Tac-Town last month .  I hope that is all it could be, because one of the best musicians – period, with one of the best lyricists, storytellers and bluesmen in Hip-Hop’s lineage of greats, Scarface should equal a night to remember.  This is the kind of night that might make a baby!  Excitement, beverages, a live band with two of the baddest and dope Hip-Hop combines for many memories. 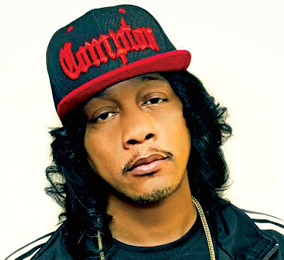 Each of the artists have remained relevant, whether it be via music, like DJ Quik with his recent Rosecrans album with Problem or ‘Face who continues to be an intelligent and outspoken voice on and off the microphone, as his many appearances and courageous voice in light of the barrage of deaths of Black people at the hands of law enforcement, reminds listeners why they fell in love with his uncompromising confidence.  These two MC/Emcees are in their twilight and hopefully there are so many more shows into the decades a la The Rolling Stones.  But with nothing guaranteed in this precious life, including the next five minutes – this is one of those shows that up and coming Hiphoppas will appreciate in the future and that OGs and vets can reminisce with.  C’mon y’all… These are the kats who put together hits like “A Minute To Pray, A Second To Die”, “Tonite”, “Safe & Sound”, “My Mind’s Playing Tricks On Me”, “Guess Who’s Back”, “Smile”, “Dollaz & Sense” and too many more to list in this short piece.  Get you some!

For those of us who know and act like we do – years ago, this spot would’ve been G’d up and flamed up with a slight chance of set trippin’ in the forecast that would scare promoters and clubs away – the only thing sure to be on fire Saturday night will be the stage and sweaty bodies.