” A Crown Prince” of Comedy – Clint Coley at the Parlor on Sunday.

Clint Coley Exclusive Taping for Apple Music Sunday, October 23rd at the Parlor in Bellevue at 7:30PM.  FREE Show with RSVP – Click Here.
After honing his chops at Philadelphia’s then premiere comedy club, The LaffHouse, Clint Coley moved to New York to embark upon his journey of becoming a full-time comedian. Coley’s refreshing style and stage presence led to him to gaining quick notoriety in the New York City circuit at a very young age. Inspired by legendary greats such as Chris Rock and George Carlin, Coley’s comedy is quick-witted, honest and honest. Compound that with Coley’s uncanny ability to tell great stories through his comedy and his undeniable charisma, it is no surprise that Coley is on the rise in the
comedy world. 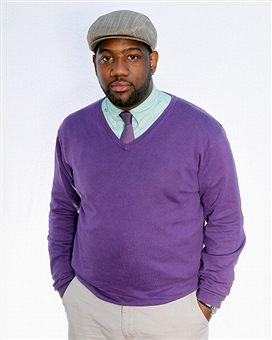 Over the past few years, Coley has traveled the country performing his comedy routines for diverse audiences. Since 2012, Coley has opened for seasoned comedian D.L. Hughley as he’s toured the country. Coley’s comedic gift led to Hughley crowning him “The Prince.” Coley has also opened for fellow Philadelphian and acclaimed comedian Kevin Hart.
Beyond being a gifted comedian, Coley has a knack for business, writing, producing and acting. Coley produced and headlined Babylon Cartel Presents: Clint Coley’s All Jokes Aside, performing in front of a sold out crowd at the Freedom Theater in his beloved hometown of Philadelphia. Following the success of that special, Coley launched his own comedy series, Chill, it’s Just Jokes at Philadelphia’s Helium Comedy Club. Coley’s growing reputation allowed him to expand the comedy series to Los Angeles’ prestigious Hollywood Improv soon thereafter.
Coley’s biggest success has come in recent years. In 2014, his debut comedy album, “I’m an Adult” was critically acclaimed which turned into a Live Nation theater tour with Coley selling over 1600 tickets in 4 cities. Afterwards, Coley’s follow up comedy EP top selling comedy albums Billboard charts and number 3 on the iTunes charts.
Outside of stand up comedy, Coley has written, produced and starred in the short films, “How We Met”, The “World Series of Spades”, “The First Date”, and “The First Time”. His films “The First Date” and “The First Time” both are critically acclaimed by
film critics and have been made the focal point of multiple film festivals worldwide.
He was just featured on AXStv “Gotham Comedy Live”; he has a feature film that he wrote, produced and is set to star in, and a series in production
Tags: ComedyEvents / Nightlife
Previous Post

Black Lives Shouldn’t Matter At All

Black Lives Shouldn't Matter At All