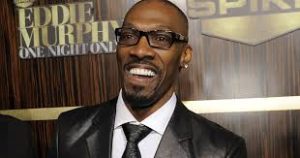 A sad day in the community as outstanding comedian, actor, storyteller and older brother of monumental comedian, Eddie Murphy – Charlie Murphy has died of Leukemia at the age of 57.

The death of Charlie Murphy is reportedly a great surprise to his family and close friends, as the underrated funnyman was supposedly experiencing successful treatment of his leukemia challenge, when he suddenly died today.

Murphy earned his own light in the entertainment world, seemingly an impossibility as the sibling to the world famous and larger than life, Eddie Murphy whose dominance of the stage and film territories in the 1980s have kept him relevant and ‘ginormous’ to this very moment.  However, Eddie’s older brother, Charlie established himself in films like Harlem Nights, CB4 and would of course make his name legendary with his True Hollywood Stories on the Chappelle Show, featuring unforgettable stories featuring Prince and Rick James. Murphy’s depiction as MC Gusto cannot be undersold or underplayed as the visionary film predicted the commercialization and fabrication of Hip-Hop/Rap culture with the introduction of perpetrators and cookie cutter artists, pretending to be ‘hard’ and impersonating real lords of the world of crime – i.e., Rick Ross, 50 Cent and other figures in the world of crime, whose very names have been used by rappers.  Chris Rock’s character  (Albert) in the film would take Gusto’s name and ride his street credibility to a successful, albeit brief, career in music.

A man of undeniable charisma, humor and personality, Charlie Murphy will be missed.  The Laughs & Lyrics/LaughLAB monthly comedy show on April 26 at The Sampan in Olympia featuring Mary Lou Gamba, Lisa Wallen and more female comediennes will honor Charlie Murphy with requests of donations of food for local homeless shelters and food banks.

Peace Be Upon Charlie Murphy  .