Black Panther: You saw the movie, now what?

(Omari Salisbury is from Seattle, Washington and has been working in the media, technology, and entertainment space all across the African Continent and the Middle East for the past 15 years. He is currently the COO of Converge Media, an African centered mobile technology business development platform.)

To my African American Brothers & Sisters: You saw the movie, so what’s next?

Wasn’t Black Panther a great movie? Yes! So first of all, let me say that I am ecstatic to see so many African Americans (or Black Folks, whichever you prefer) excited about Africa and African culture. The number of people that are jubilant about Afrocentricity is nothing less than amazing and the fact that this massive cultural shift was achieved by just watching a two-hour film is mind blowing, and also proves a point that when exposed to positive images of Africa (albeit fiction) by credible African American influencers, that African Americans’ view of Africa can be changed for the good almost instantly.

I will say though to all my brothers and sisters that are now thoroughly engaged in Wakanda-induced afrocentricity, don’t let your excitement about the continent end once the movie leaves theaters.

Take this new found energy and do something sustainable and meaningful well beyond rocking dashikis and doing the Wakanda Forever Salute when greeting each other. What Africa really needs from you is your economic might and your advanced educational insights. So just to be clear when I say economic might, I am not talking about you donating money to Feed the Children or collecting old shoes and books for some far-off school in the village. I am talking about the actual economic and cultural power that Black Panther catalyzed within us. Africa needs more from us than to just embrace the continent in words; now is the time to actually get involved in real change on the continent.

When I first traveled to the African Continent nearly 15 years ago I remember so many people in Seattle literally laughed at me. To many people, and when I say people, I mean my Black people, Africa was a place of shame and misery. Why in the world would I want to go there?

Over the past 15 years working and living working on the continent, I have officially visited over 20 African nations (and snuck into quite a few more) and called 5 different countries home. My current passport literally looks like a pocket bible. My two eldest children at times attended school in East Africa and spent many a summer on the Indian Ocean. I have fallen deep in love on the continent and had my heart shattered into a million pieces across it. I have lived the high life and have also been homeless (yes homeless in Africa, twice! definitely not a good look). I have succeeded at business and I have failed (a lot of times) at business. I have seen and done a lot and believe me when I tell you that what Africa needs right now is for African Americans emboldened by Black Panther to move beyond the movie and actually engage with the continent. 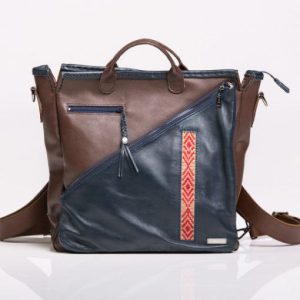 I know that not everyone who saw the movie can up and move to Africa and launch a business or build a hotel or invest in a startup, but what I am saying is to challenge yourself to do more on your own level. You can start by buying authentic African wears (dashikis and Kente cloth, etc.) made in Africa by Africans and not in China. It’s great that you have Dubai off your vacation bucket list but don’t forget about Johannesburg, Accra, or Zanzibar. Next time you are looking for a new bag why not make a u-turn at Gucci and purchase a ZAAF bag from Ethiopia, designer clothes from the Nigerian fashion house Maki Oh, or jewelry from Kenya’s Adele Dejak. As opposed to outsourcing your IT projects in India, how about Nairobi, which is not only a major tech hub on the continent but whose brilliant young minds compete on a global scale. 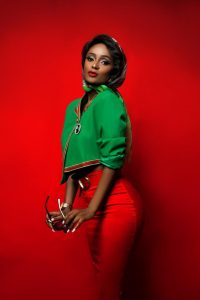 You might already have enough mumble rap in your phone, so why not buy music from African recording artists such as Vanessa Mdee, Davido, Wizkid, Diamond Platnumz, Tiwa Savage, AKA, Cassper Nyovest, Wande Coal, Seyi Shay, and Patoranking (who by the way just addressed Harvard Business School). If you are into social issues, you can bring awareness around major multinational corporations that massively and illegally exploit child labor in the DRC-Congo to mine the mineral Coltan which is an essential component in your Iphone, Note, power banks and electric cars. Close to home in your own neighborhood you can give that African immigrant a break; yes his English is broken, but do you realize that English is most likely the third or fourth language he speaks?

I will leave you with this, Black Panther, although an amazing movie, was just that, a movie, and a fictional movie at that. The actual Africa, Wakanda, today, is really pretty awesome and at times simply amazing. Don’t let the spirit of empowerment that you are feeling today fade, let this be a beginning and not an end.

Oh, before I forget, to all the people that laughed at me 15 years ago when I said I was going to Africa and today, energized by Black Panther, now want to take a trip over with me, no hard feelings, it’s better late than never, let’s go! – Safari Njema!

Mac Slug is Back with New Project and New Energy

Mac Slug is Back with New Project and New Energy