Save the date! 206 Zulu 18th Anniversary will be taking place June 19th at the Seattle Center! Stay tuned HERE for updates and announcements! 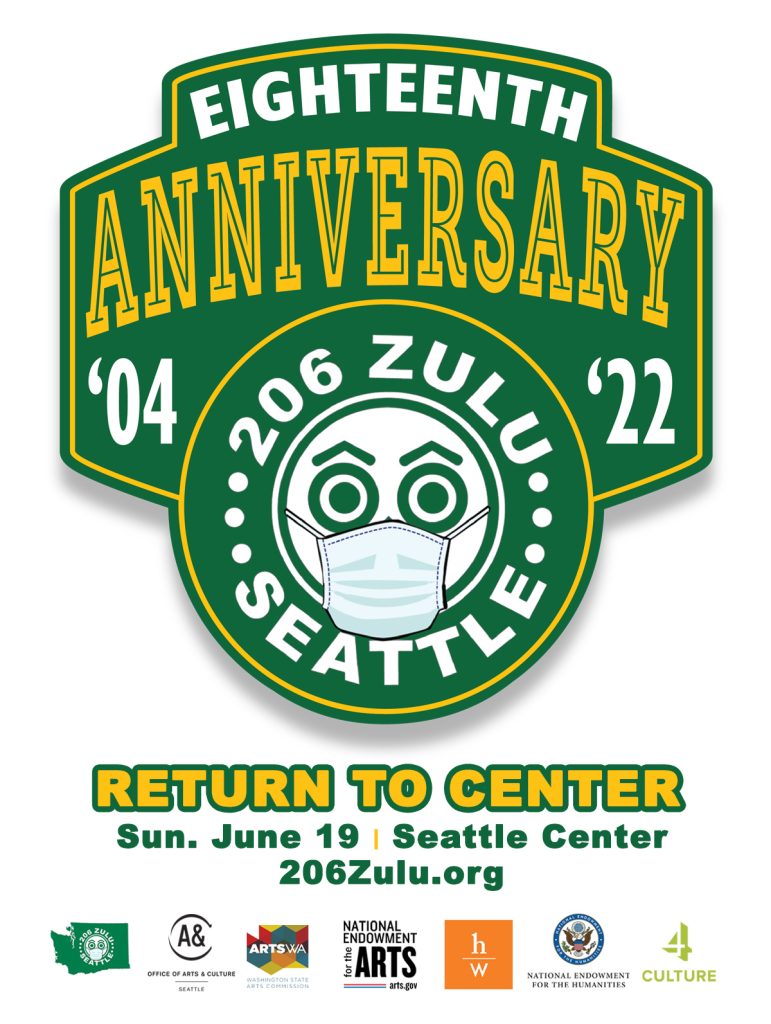 About the 206 Zulu Anniversary

Each year, Hip Hop supporters from around the country gather in Seattle, Washington to celebrate and experience the 206 Zulu Anniversaries.

206 Zulu has received wide recognition for the precedence it has set in community-building, education, outreach, activism, and artistic excellence. Since its inception in 2004, 206 Zulu has taken the motto of “Knowledge, Wisdom, and Understanding” to another level for the next generation.

206 Zulu dedicates Presidents weekend in February as a time to celebrate not just the organization’s accomplishments, but to pay tribute to the entire Hip Hop culture.

Continuing in the tradition of ‘Peace, Love, Unity & Having Fun’, this flagship event carries a mission to :